Home » History of the Airstream Argosy

Today we’re excited to explore the history of the Airstream Argosy! 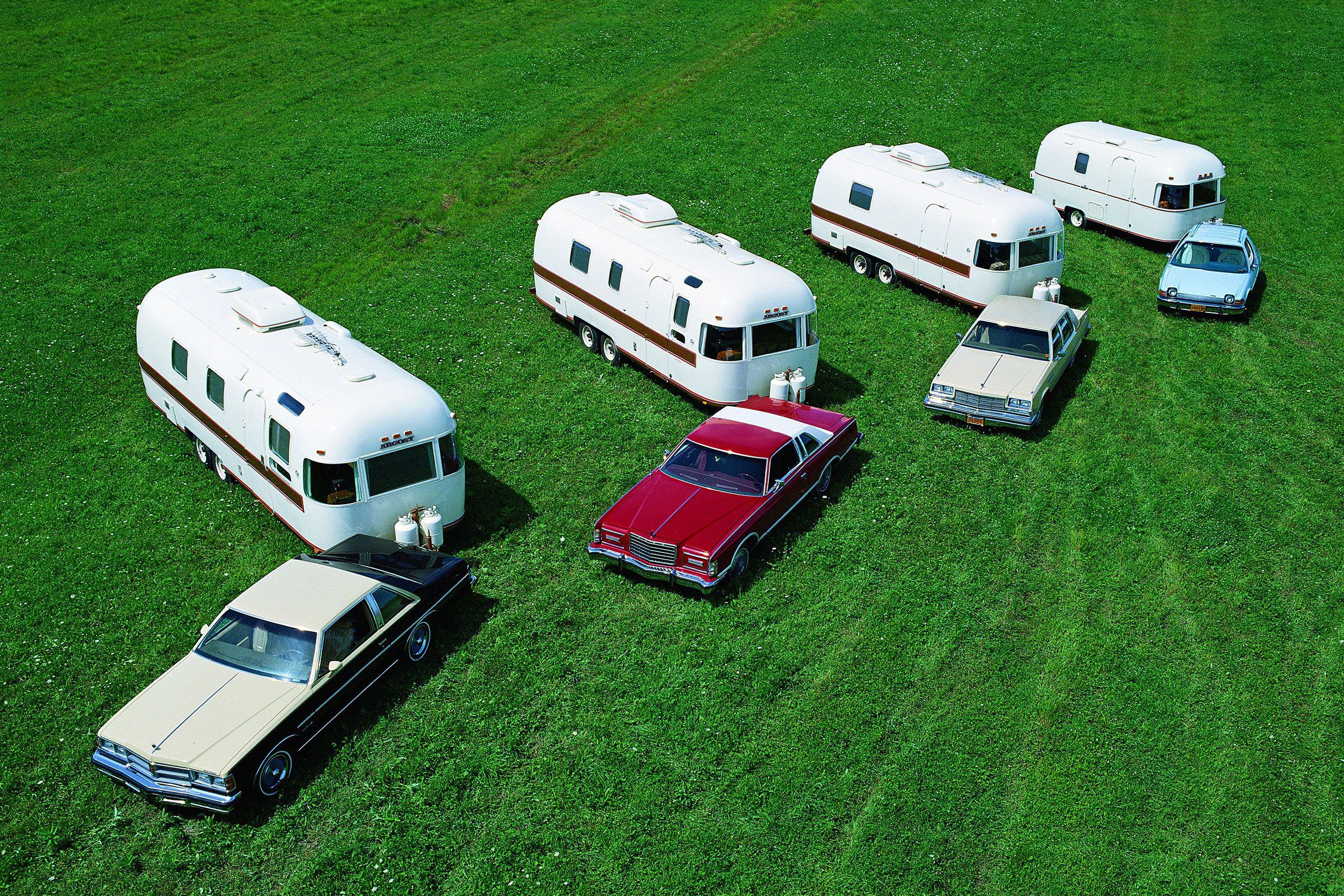 We’ve been getting to know our Airstream Argosy for about 7 months now. We bought it sight unseen in January, and knew it was a big project. It was completely gutted and had no floors, but we saw the potential to build our very own dream rig.

We love all things vintage and currently live and travel in our vintage Fiber Stream travel trailer. When we started considering a larger space, this unique travel trailer came right to us! We had loved the style and look of the Argosy, ever since we found out about them, so we jumped at the opportunity to own and renovate one!

So what is an Airstream Argosy exactly? We’re going to tell you all about the airstreams long lost cousin.

What Inspired the Airstream Argosy? In the 1970’s Airstream wanted to create a mid-price option for buyers, with the same great design and features of the classic airstream. They opened a plant in Versailles, OH and the first Argosy’s were released in April 1971. Argosy’s were almost identical to airstreams, but with some twists. They were painted, the endcaps were made of steel (because it was more cost effective) and it was the first experiment with the front wrap around windows. They had many layout options to choose from, ours was originally had a rear bath and two twin beds. In our new layout, it will more closely resemble the Argosy 28 double bed model with the center bath. 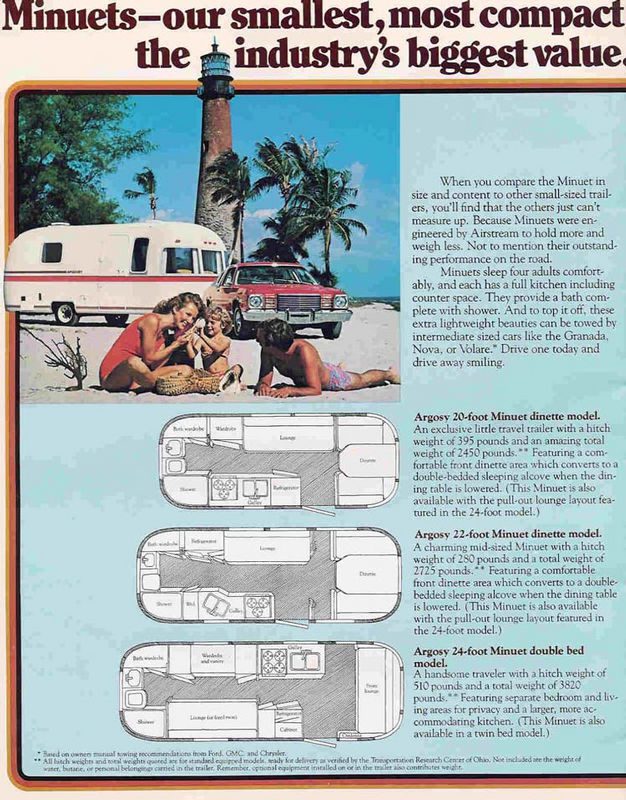 The Airstream Argosy also experimented with “Minuet” models, which were much lighter an designed to be towed by cars. The Minuets were a foot narrower and the first years even had aluminum floors and partitions. They were made from 1977-1979 and had 3 different sizes –  the 6.0 Metre (20′), 6.7 Metre (22′), and 7.4 Metre (24′) Minuet. We have the 7.4 Minuet and its unique size makes it easy to tow, but does present some challenges in trying to re-arrange the original layout because of the width.

In 1973 they released a class a Motorhome branded with Argosy which eventually led to the classic shiny airstream motorhome.

The Airstream Argosy plant closed in 79′ due to the economy during the fuel crisis. It reopened in 1986 with some wild new designs with fiberglass end caps and a square design. These models were nicknamed the “squarestream.”

At first, the Argosy’s were not welcomed in Wally Byam Caravan Club or allowed to participate in their activities, due to their “almost airstream” status. Today, Argosy trailers are recognized as rare and unique part of the airstream history. They are welcome at Airstream events and rallies across the country.

Why are They Painted?

Some say that the Argosy was painted because they used imperfect, lower grade aluminum or discards from the Airstream factory and the paint may have hidden scratches, dents or discoloration. Other folks would disagree because many have been stripped and polished and showed no imperfections. The end caps are steel though, so they won’t polish up and would have to be painted anyways. I personally think this was probably one of the biggest reasons to paint the whole trailer. 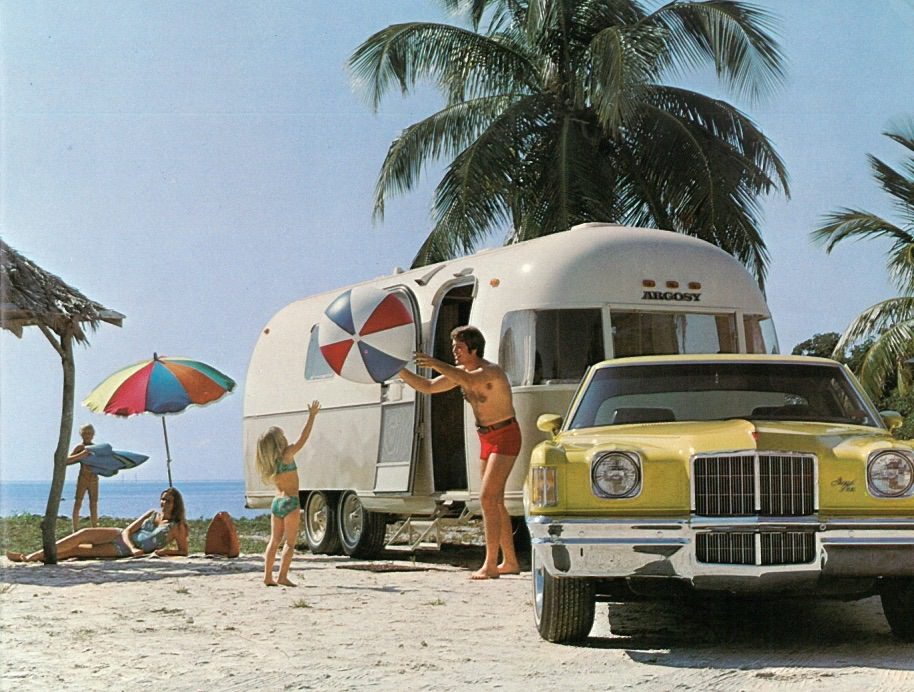 We will be stripping the paint off our Argosy soon, to prepare for a new paint job. We may leave some shiny aluminum exposed, depending on the quality of the aluminum. We’ve removed the vinyl stripe and so far so good, but we’ll let you know what else we find under there!

Its been a difficult journey tackling a project this big and essentially rebuilding a trailer from the floor up, with no experience whatsoever. We’ve learned a lot of skills and start each day willing to work hard and do our best. I’m proud of what we’ve accomplished and theres still a long way to go, but we’re getting there.

If you want to see what we’ve done so far, check out our post – Vintage Airstream Renovation: Subfloor, Frame & Axels This process took much longer than expected, but we have a solid foundation and we’re ready to start wiring, insulation and plumbing soon!

If you want to read more about the history of the Airstream Argosy, these are the articles I referenced for info – by Airstream and Tin Can Tourists

You forgot to mention Argosies were also made in Cerritos, CA. As the 'outside paint shop', we painted probably hundreds of these neat trailers. Indeed, we thought that Airstream decided to build the Argosy to use up some water marked aluminum panels because when they got to us, there were many skins that had minor water corrosion from being stacked. That couldn't ever be buffed out perfectly, so voila, the Argosy! Prior to this,1971 - 1974, I was a very early employee at Revcon, a motorhome company that was a direct descendant of Airstream. John Hall, Wally Byam's stepson, designed Revcons. Heck we stole many of our workers from the Cerritos plant because they had experience in riveting and such. The difference between Argosy/Airstream/Revcon is that the riveted skins pretty much never go away as do all of today's RVs Great coaches all.

I have a 1973 Argosy that I renovated. Call her the Play Pen Will post a pic soon. Trying to decide what paint color Were they all that tan or cream color?

[…] have been renovating our 1979 Argosy Airstream so completely, that its essentially a new trailer. The only thing original is the frame and the […]

[…] have been renovating our 1979 Argosy Airstream so completely, that its essentially a new trailer. The only thing original is the frame and the […]

[…] If you want to learn about the History of the Airstream Argosy and why its painted, check out this article. […]